MobileTECH 2016 in Rotorua, New Zealand was a showcase and discussion forum for the adoption of smart technology in primary industries: agriculture, horticulture, and forestry. 300 attendees from a broad spread of primary sector organisations and technology companies spent two days discussing the application of all things sensor, wireless, and cloud.

I thought it worth summarising four major themes from my perspective.

It’s no surprise but 2016 saw virtually every application focusing on delivering data to services hosted in the cloud (that is, in data centres) rather than on the farm computer or stored on mobile devices. A number of organisations are actively aggregating large or complex data sets on cloud-based servers, and then employing analytics – whether this be image processing and machine learning, or more traditional benchmarks. Connecterra, a Netherlands-based company utilising sensors for cow heats and health made use of large, fine-grained data sets and machine learning.FarmShots employed similar analysis techniques to discover crop problems from satellite data. At Massey University, Professor Ian Yule’s team is also using analysis techniques to extract plant nutrient status from hyperspectral images.

The use of sensors is still quite sparse, but we are beginning to connect sensors to the cloud, whether this be through existing hubs and M2M cellular connections, or the coming LoRaWAN and LTE standards for low energy, long range networks. Few of the applications showcased at MobileTECH really qualify yet as Internet of Things deployments, at least not at scale, but we are starting to see the opportunity.

I expect we’ll see a consolidation of technologies in due course, perhaps to an easy-to-configure open-standards bridge/hub on farms that connects low-power sensors to broadband (there are some but they are not well utilised yet), with LTE or similar technology separately connecting higher-power devices.

“Ownership” or more precisely, “control” of data raised its head. Several vendors were asked “Who owns that data?” or “Will we be able to use this information in other systems?” A number of speakers made reference to the importance of data integration with other systems, and the steps they were taking in that direction.

For my part I was able to give a summary of the Farm Data Code of Practice, intended to provide transparency and improve trust between farmers and organisations. In order to be accredited, organisations must provide their own answers to such questions as ownership and access to data. The particular model any organisation chooses is their own concern; the code simply asks that this is communicated to primary producers.

I also talked about the Data Linker, which is a set of protocols and schemas being developed with a “coalition of the willing”, building on the Farm Data Standards and allowing data to be shared between systems with the farmers’ agreement. A number of organisations expressed their desire to get on board with this work.

The convergence of cloud, sensing, and data sharing means that organisations with legacy systems and standalone tools need to prioritise their move to the cloud, and to look for ways to combine data or collaborate to provide further value for their customers.

In July 2008 I attended the second TUANZ Rural Broadband Symposium at the same conference venue in Rotorua. There was much discussion at that time about the poor state of rural connectivity and what would be done about it. It’s a little disappointing to be talking about the same thing seven years on. Of course there are connectivity options, including broadly available satellite internet and innovative rural wireless networks, but the challenges in speed and affordability remain, while our aspirations have grown.

With the desire to use Internet of Things technology to capture more data automatically, we’ll continue to need great machine to machine connectivity, including long range, low-power protocols, and we’ll also need significantly greater bandwidth to the home or office to support visualising high-resolution imagery or bidding on livestock auctions. It’s a good year for “back to the future” technologies, but let’s hope we’re not still waiting for better connectivity in seven years’ time. 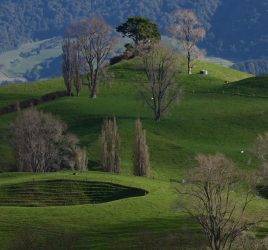 What really drives profitability on pastoral farms - the right story 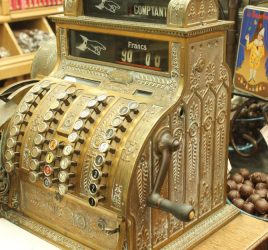 Platforms - how to monetise a successful agri platform 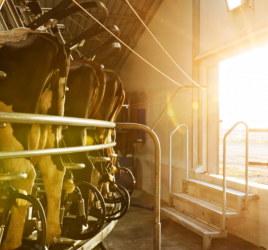